Update: Speaking with CNN, House Majority Leader Rep. Steny Hoyer said that President Trump has been “disinvited” from making the state of the union address.

#ShutdownNancy’s decision to shut down the State of the Union was never about security. It was about the obstruction of @realDonaldTrump. Plain and simple. https://t.co/k7LWmEayFb

A formal invitation is traditionally made by the Speaker of the House to the President several weeks before each State of the Union Address.

A formal invitation is traditionally made by the Speaker of the House to the President several weeks before each State of the Union Address.

I’m on @MSNBC from 10-11 am today talking with @HallieJackson about Speaker Pelosi disinviting President Trump from delivering the State of the Union, the impacts of the shutdown, and where things go from here. Tune in!

He can give the SOTU from the WH. Hoyer can watch on TV. https://t.co/1IIonNRWaQ

House Speaker Nancy Pelosi on Wednesday asked Donald Trump to delay his State of the Union address – or deliver it in writing – while the government is partially shut down. 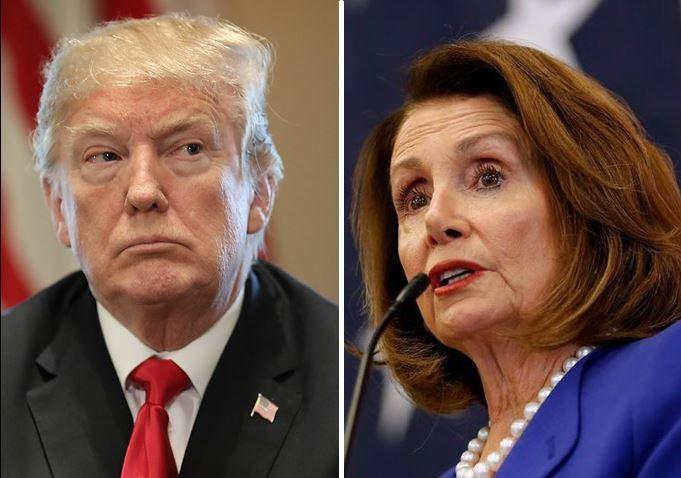 Pointing to security concerns, Pelosi said that the partial shutdown has crippled both the US Secret Service and the Department of Homeland Security, which may compromise security measures that precede the primetime address, according to Politico.

“Sadly, given the security concerns and unless government re-opens this week, I suggest that we work together to determine another suitable date after government has re-opened for this address or for you to consider delivering your State of the Union address in writing to the Congress on January 29th,” Pelosi wrote in a letter to Trump.

Publicly, Democrats plan to argue that the parties need to focus on addressing the shutdown, now the longest in U.S. history. But privately, they also don’t want to give Trump a major platform to blame them for the shutdown when Trump’s demand for billions in wall funding has been the main driver, according to a Democratic lawmaker close to leadership.

Staff have been discussing the idea of postponing the State of the Union for months, with some expressing concern about scheduling travel plans for lawmakers and guests as well. –Politico

Pelosi’s announcement comes before a bipartisan group of lawmakers in the Problem Solvers Caucus is set to meet with Trump on Wednesday to discuss the shutdown and border security. Democrats are trying to cobble together a solid base as the White House attempts to pick off members known for cutting deals.

Shortly before Pelosi’s announcement, she and Minority Leader Chuck Schumer attended a closed-door caucus meeting with House Democrats, where Schumer told them to remain unified in their opposition to funding Trump’s long-promised border wall.