“I Was The CIA Director – We Lied, We Cheated, We Stole”

Former CIA director and now Secretary of State Mike Pompeo has long accused WikiLeaks of being a “non-state hostile intelligence agency”, usually manipulated by Russia. Since Pompeo first made this claim as CIA Director in April 2017, countless major US news sources from NPR to CNN to the Washington Post have uncritically repeated the line, smearing Julian Assange and WikiLeaks as “Russian agents,” and more broadly using the narrative to stifle independent journalism and government whistleblowers.

But whether Pompeo or any other current or former CIA director makes such a bombastic claim without offering evidence — such as more recently asserting that China and Russia have “helped destroy” Venezuela through faltering investments, should anyone ever believe a high CIA official? Certainly the mainstream media routinely takes intelligence officials simply at their word, but Pompeo himself recently admitted the CIA is in the business of lying, cheating, and stealing. 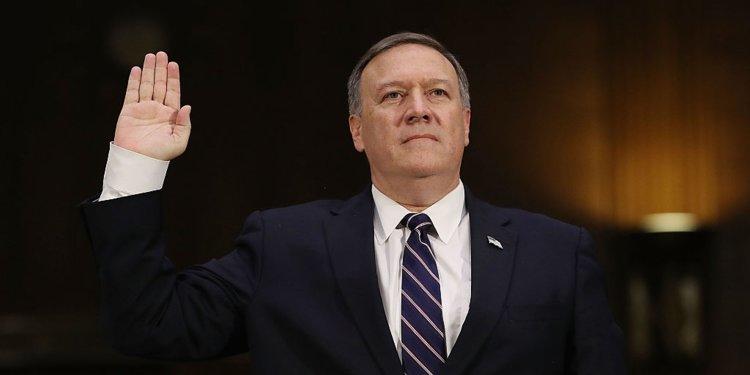 Last week Mike Pompeo spoke at Texas A&M University, itself long known for being a favored recruiting ground of the CIA, considering too that one of the university’s last presidents, Robert Gates, was CIA chief and later served as Bush and Obama’s Secretary of Defense.

During the Q&A session, Pompeo boasted that in the CIA both the training and culture are geared toward the following:

Interestingly, a Christian religious news broadcaster was the only media that seemed to pick up on Pompeo’s words last week, and described it as follows: “that’s not the resume of the Secretary of State… that’s the resume of Satan.”

The former CIA chief and now Secretary of State said the following:

“What’s the cadet motto at West Point? You will not lie, cheat, or steal, or tolerate those who do. I was the CIA director. We lied, we cheated, we stole. It’s —  it was like — we had entire training courses. It reminds you of the glory of the American experiment.” — Texas A&M University (April 15, 2019)

Though some level of deception might be expected of spies placed in foreign settings to commit espionage, it’s interesting that Pompeo framed it in terms “the glory of the American experiment” — as if the CIA and government officials treat lying as a great American past time.

Certainly Pompeo’s frank admission is something to remember the next time intelligence officials weigh in on anything in front of the US domestic population.

Another interesting and worrisome remark concerned Pompeo’s vision of diplomacy as Secretary of State: “Diplomacy and military strike go hand in hand,” Pompeo said. “They are indeed intimately related; each relies on the other.”