Paul Craig Roberts Rages “Government Can Know Everything About Us Except Our Citizenship?!”

The US Supreme Court has done next to nothing to enforce the Constitution and stop the government’s spying on the population. 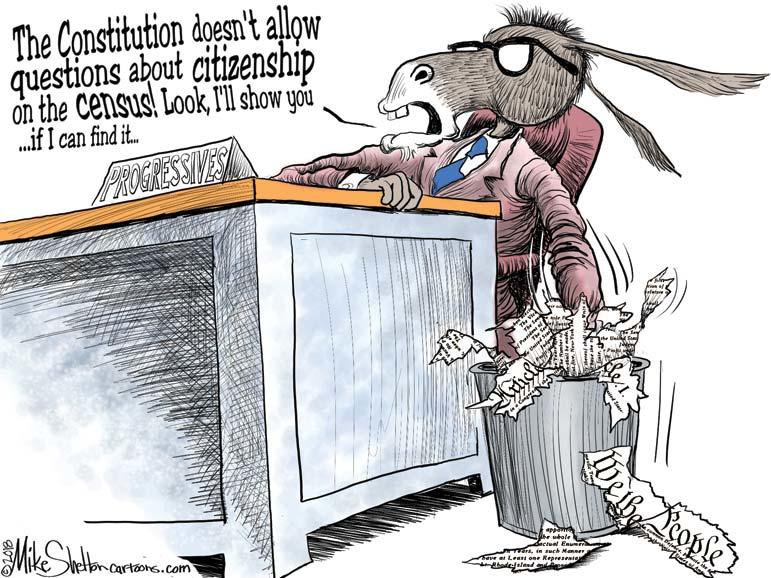 Yet the Supreme Court – based on speculation about the government’s motives – has blocked the 2020 Census from finding out how many of the people living in the US are citizens.  Apparently, the jurists on the court regard whether one is or is not a citizen as the only piece of private information that can’t be collected.

Apparently, the Supreme Court is responding to the organizers of Hispanics, such as the Mexican-American Legal Defense Fund, who are protecting their power in numbers and who speculate that the citizenship question is being used to reduce immigrants’ willingness to participate in the census survey, with the result being an undercount of Hispanics and, thus, less representation in legislatures.

Many Americans are concluding that the Supreme Court wants to make sure that illegal aliens are as represented in elected legislatures as US citizens. Identity Politics has produced a Supreme Court that regards achieving diversity more important than citizenship. The precedent is being established that citizenship is established by mere presence.  If a person can place a foot on US territory, the person becomes a citizen.

President Trump’s attempt to enforce US borders is regarded as a racist act.